Medicine My Daughter the Doctor

My Daughter the Doctor 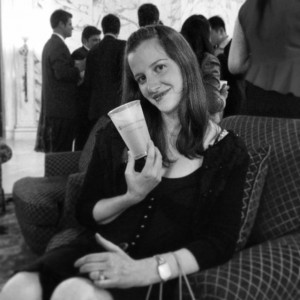 The world of medicine has now been open to women for decades.  As parents, especially those in the medical field recognize their daughters’ interests in medicine; they should encourage and support them as they pursue the long and difficult path toward their careers. Since the long years of medical school and clinical training typically coincide with a woman’s reproductive years, it is critical to foster a supportive environment where women can fulfill their academic aspirations without having to sacrifice the desire to start a family.

Here is the story of our daughter, Laurie. It serves as an example of what a young woman can accomplish if nurtured and encouraged to achieve both goals – family and medicine – simultaneously.

Laurie is the second of our eight children. From a very young age, she assumed a leadership role in our family. As both my wife and I were very busy working while raising our family, and because our own parents were essentially out of the picture, Laurie became an auxiliary parental figure, taking on a considerable share of responsibility.

We relied on Laurie because I was a busy doctor who was away from the family much of the time when my children were young. When Laurie was in high school, we moved to Israel and our family situation became even more complicated. Laurie was there by our side.

Initially, Laurie did not want to leave New York. She was quite happy at her previous high school and excelled academically. In fact, when we presented the idea of moving so far away, she decided that she would rather stay behind in New York and live with her best friend. As this was during the middle of the second intifada, her position was in no way unreasonable. However, she was able to overcome her hesitations and did move with us to Jerusalem.  She began tenth grade at an academically rigorous religious high school for young women.

Since Hebrew is not her first language, Laurie was immediately at a disadvantage, and her academic excellence was somewhat obscured. Her high school principal, who otherwise supported Laurie, doubted that she was academically capable to enter a career in medicine.

Youth activities are an important part of life in Israel. Laurie was told that because she was a new immigrant, she would not succeed as a leader in Jerusalem’s youth groups, compared with someone who had been more immersed in the environment. She did, nonetheless, become a youth leader – an accomplishment unheard of for a recent immigrant. As a result, she spent a considerable amount of time out of school as a mentor. Her leadership skills were evident; she was athletic and maintained an active social life. She met her future husband, Yisrael, on the neighborhood basketball court.

After completing high school, Laurie excelled during her two years of national service in the Israeli army. She worked at a crisis center for battered women and their families.

After marrying and spending two years studying science entirely in Hebrew, she just missed the cutoff for medical school in Israel. Laurie and Yisrael then decided to attend college in New York. They returned to Israel three years later with our beautiful granddaughter, Zoe. Back in Israel, Laurie began her studies at the American Program of the Sackler School of Medicine at Tel Aviv University, where courses were conducted in her native language, English.

Her first two years of basic science at the medical school were as difficult as she had expected. My wife, Adele and even I would often take the trek from Jerusalem to Tel Aviv to babysit Zoe while Laurie would hide in the back room or in the library trying to study. Even while taking time for her family and motherhood, Laurie (with the help of her husband, Yisrael) passed all of her exams and started her clinical work.

Laurie and her family moved to Jerusalem this past summer. They took the apartment above us so that our family could provide backup parenting for her and Yisrael. She has enrolled Zoe in daycare.

She started her clinical clerkships in September of 2015. I occasionally studied with her, reviewing her patient and topic presentations. I watched with pride as she became knowledgeable, confident, and poised. Her interim evaluation panel praised her clinical capabilities and her ability to balance the needs of her family with those of the hospital.

The attending Psychiatry staff love her, relying upon her to perform interviews thanks to her fluent proficiency in Hebrew. She has enjoyed interactions with her patients, who have responded to her kindness and enthusiasm.

She is fortunate to have had a number of female physician mentors. One is the internist for the women of our family. She and her non-physician husband worked in Alaska after she completed her residency before she came back home to Israel to “get serious.”

Laurie’s other mentors are female physicians of the Internal Medicine Department. Laurie’s current Chief of Medicine is a woman, as is her Assistant Director. Both are wonderful role models. Laurie has also worked closely with a number of other female physicians in a variety of specialties.

Balancing motherhood and medicine can be unpredictable. Laurie once had to leave the hospital when she learned that her daughter Zoe and her cousin were found unsupervised in their daycare’s bathroom, floating their sandwiches in the toilet. It took two days to find an alternative daycare.

For the last two weeks, Laurie has been continually nauseated. A positive pregnancy test confirmed her self-diagnosis. Anti-nausea medication allows her to function, although not quite normally. While she hopes that the intense feelings of nausea will pass soon, she is accustomed to managing challenges in addition to the demands of a busy clinical rotation.

Why should a young, professional woman not expect to succeed at both family and career? I know my own mother would have wanted that for herself had she been afforded the opportunity. I have watched many of the daughters of my colleagues successfully achieve both goals. After all, the vast majority of young women their age today will live to be older than 100.  Their longevity will provide them with the time to care for a great many individuals.

If all goes well, Laurie’s baby bump will start to show during her pediatrics rotation, and appropriately enough, the child should be delivered during her obstetrics-gynecology rotation.

Laurie’s clinical clerkships cannot be compared to her father’s.  Indeed, I might say that they have been even more meaningful.

Walter G. Wasser MD graduated from the Albert Einstein College of Medicine in the Class of 1976. Lauren M. Wasser is in the Sackler School of Medicine, Tel Aviv University Class of 2016. This article was initially published as a blog in the Einstein Journal of Biology and Medicine.